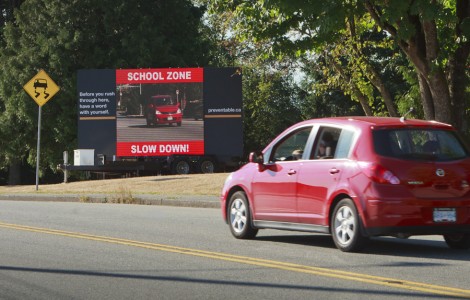 Back-to-school season is the time when you find a lot more children and young adults on and around roads. To get people thinking about driving the speed limit in school zones, we did something that’s never been done before in North America. Together with the BCAA Road Safety Foundation, the City of Burnaby, and City of Surrey, we set up a mobile digital billboard roadside at select schools that photographs speeding cars in the area and posted them on the billboard.

The signs weren’t linked to any police monitoring (although the police and the community were consulted with on the campaign), and the images weren’t stored in any database. Once a speeding car was photographed, the image stayed on the screen for 30 seconds and was then replaced with a photo of the next car driving over the speed limit. 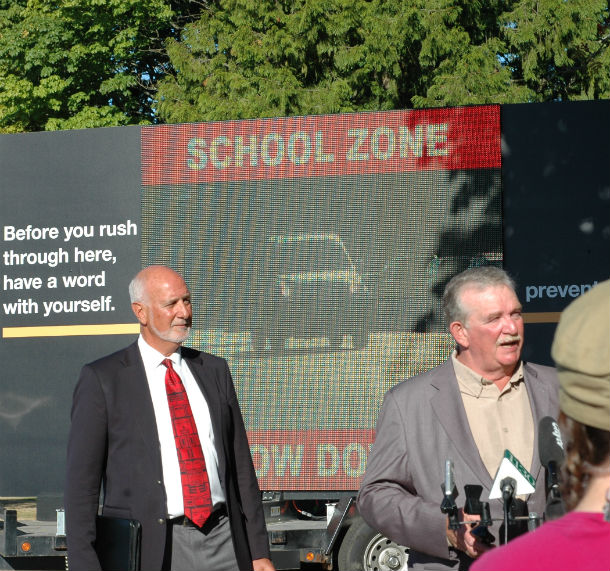 The billboard was like holding a mirror up to the speeder since they saw themselves onscreen as they drove by. As Mayor Derek Corrigan of Burnaby said at the media launch outside of Aubrey Elementary, “The campaign is like the Homer Simpson moment when you go ‘I can’t believe I did that.’” We all know that we shouldn’t be speeding through a school zone, but we justify our actions to ourselves: we’re in a rush, we don’t want the kids to be late, it’s just this once, etc. Our hope is that drivers who saw the billboard started to think about their driving habits especially around children. 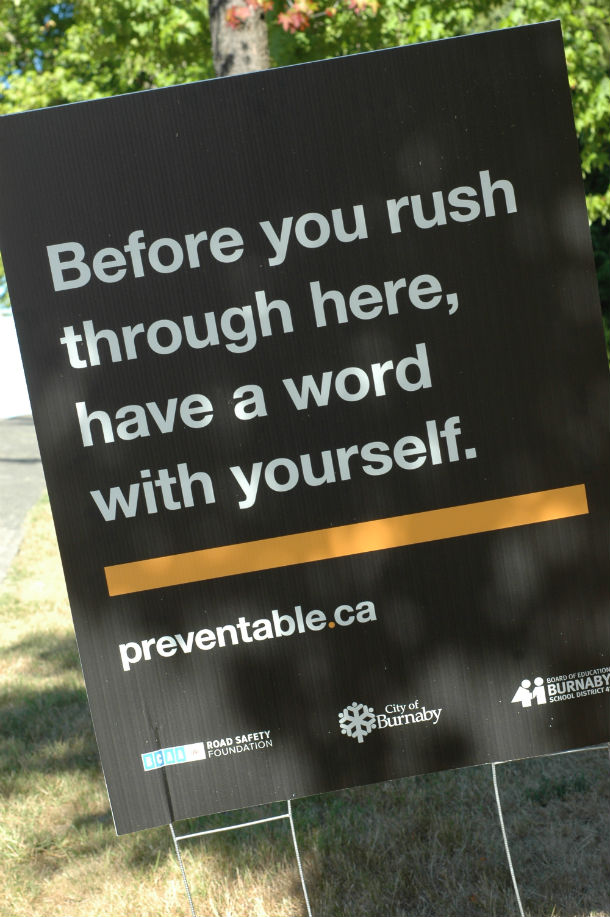 Is someone in your house leaving tripping hazards on the stairs? Remind them that injuries are preventable with our… https://t.co/peKVmRiTmu